A busy week this one as I wave farewell to the SOLAR inaugural ‘Flare’ held at the Open University, Milton Keynes and land at the picturesque location of Fairmont, St Andrews for the Bridge Over Troubled Water that is the UCISA CISG 2012 conference. 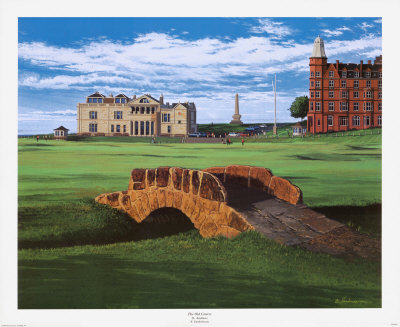 Here are my Day 1 notes

First up today is Gerry Webber pitching his observation that power and authority are moving away from leaders and managers of corporate IT services.

Control is a theme running throughout Gerry’s talk and he hints at benefits of backing off trying to control too much. Consider developments less as a problem of losing control, more as an opportunity to share control.

Starting with ‘Devices’ (Smartphone, Netbook, Kindle Fire, iPod mini) Gerry argues that the importance of control (standard issue machines, builds) we should be considering content and services that are device independent. Hardware standardisation is not the path to a brave new world. In sailing we identify tide as king. In learning the king is content. Bring your own device is the new mantra (staff and students) recognises what is happening anyway.

Security and equity are key considerations. Equity in that while some have access to multiple devices, others have none. Costs such as 3G or wifi are significant too.

There are many more instances of ICT that we can influence but can never again hope to control.

Tensions between innovation and control continue to pervade, service facilitation (improvements, quality control and reliability) to users rather than supply of technology seem key.

The reliance on 3rd party apps and sevices are pervasive and beyond our control.

We’re also losing control on our data with regard to;
1. Volume
2. Location
3. Third party usage

A nice quote form Gerry about Big Data from Gartner; Big Hype Little data. Big Data offers an opportunity for vendors to step in and offer hardware and services to support Big Data exploitation. Big Data has been called the new corporate gold. But don’t forget the alchemists and 49ers. There’s a need for a robust business case for any project involving big data – otherwise we may end up chasing fool’s gold.

270 Peta Bytes of data in the .edu domain alone. Gerry suggests that large scale analytics cannot demonstrate benefits as data silos pervade. Not sure I agree with that!

Our control over the data generated by and about us is limited.

Am sure we could all reuse this phrase; ‘It’s going to get worse before it gets much worse’

People and resources in the emerging low control environment are up next. Connectivity, Cloud Management and Partnerships are all key aspects. IT Professionals need a whole of of skills beyond what have been considered their core competencies. See the JISC Digital Literacies Programme.

Next up are Devolution and centralisation. A linear development from From central processors to the infrastructure plumber out to the business partners. Centralised approaches offer efficiencies but become bureaucratic and unresponsive. Devolved can become chaotic.
Collaboration and competition are never polar opposites. Rather they overlap, often appearing in conflict but tend to be out of sync. Out with the Management and Administrative Computing (MAC) initiative…. proved the impossibility of implementing top down IT strategies in UK HE.

The desire for direct control and the need to give some of that up for greater influence and improved results.

In conclusion
CIOs, IS Providers, IT Managers, call them what you will, are losing direct control of many thing that have been seen as core to their function; Devices, delivery, systems, services, data, resources. This is uncomfortable and threatening. Power and control are seen to go hand in hand. But while such people have less control, provided they cultivate the right skills and attitudes, services, partnerships and relationship as much as technology, then the IS community will become an increasingly influential voice in delivery and management of Higher Education.

Second up ALison Alden, ex JISC Committee member and current CEO of HESA, the igher Education Statistics Agency. Alison is giving an update on the exciting Higher Education Information Landscape project. It’s aspirations were to map the existing situation back in 2011 and streamline this to build a more efficient ‘brown field’ site.

Traditionally HESA has been regulatory in its data collection. There’s now more of an awareness and use of these big data sam ples in UK Universities. A much keener appetite has become evident; HESA data re-use in Business Intelligence Systems and the Open (data) agenda more widely. HESA feel that the value of data and information are key, the burden of data collection won’t go away but the benefits of the data themselves need promoting further. HESA data used to be published as a ‘volume’ and bookshelved nearby the planning function of Universities. HESA data is now available in a more open electronic way. The widely anticipated (in the JISC Circles I’m part of) HESA API is now……… almost available….. coming soon as a Beta……. one way pull not push….

A BIS report is due out on Course Designation (student number control across provider for course designation) which will impact on the landscape demonstrating it truly is a brown field site.

The implications for this audience;

A need for systems that will produce the data being required by HESA. Those systems must cope with changing demands. The expertise and time to provide the data is available.
Quality is of course key.

Alison identified new demands and addressed why multiple agencies such as HESA, UCAS and Student Loans Company all require their own collections. This won’t change as it is a business need. How we match those needs with improved data collection efficiencies is what the project has been about. Relationship Management and Business Intelligence were name checked as key. Good job here at JISC we’re releasing resources on both. The JISC BI InfoKit has been available for 2 years or so now. Feedback has been superb. here at the conference Derby University colleagues were telling me how useful the Kit has been to helping achieve their BI aspirations. The Kit is being refreshed to reflect experiences from a number of JISC BI Projects and V2 will be released in March 2013 being more peer advice focussed.

A theme of this conference has been Big Data and Analytics. We’ve been busy on that too. The JISC CETIS Analytics Series launched this month and will release a report or two a week until mid January. I’ll talk about that in the JISC session on the programme tomorrow.

Final slot of the day went to Peter Hudson with the enigmatic title of ‘Its my data and I’ll cry if I want to’. Peter kicked off with a quiz – is it data, or is it information? He then alluded to an analytics (there it is again) powered course referral service to inform students of their best chances of success in terms of course choice. Later it transpired that this was a tout for JISC funding to build such a system. I’ve read about similar systems in the US and gather they were represented at this years Educause Conference but didn’t attend that one (it was in Colorado and I missed my briefing today due to my enthusiasm for CISG). I have 13 minutes of battery remaining so can’t go and look now. Try the Perdue Signals system

The Battle of Waterloo; 18 June same date as the meltdown of the Coventry University data cetre

Within hours
Moodle and email

It took days to retrieve
the rest

Departments weren’t using the corporate systems. Financials were on Excel spreadsheets on the half of the system they no longer had. They didn’t have control over customer generated solutions. They have since put in a cloud data storage solution. It’s a hybrid solution with the primary storage being in Coventry, secondary in Barnsley. It’s a service solution managed by a supplier. Disaster Recovery provision has therefore been enhanced.

Bring Your Own Device is embraced BUT users don’t know the repercussions on how they use these. In particular corporate data is being held on user owned devices and cloud services such as Drop Box. Coventry have no control over this.

Peter was asked what he was glad about on 18 June. He said he had excellent staff and they were all there. The thing he regretted was the delay in getting the systems back. He noted that as time ran into days, users appreciated the scale of the task and were more forgiving. A few laughs here about access to funds allowing for additional storage space without the need to submit a business case!