Student loans company session exploring the Student Loans Company and how the data they are collecting.

Due diligence is key given the scale of the operation; 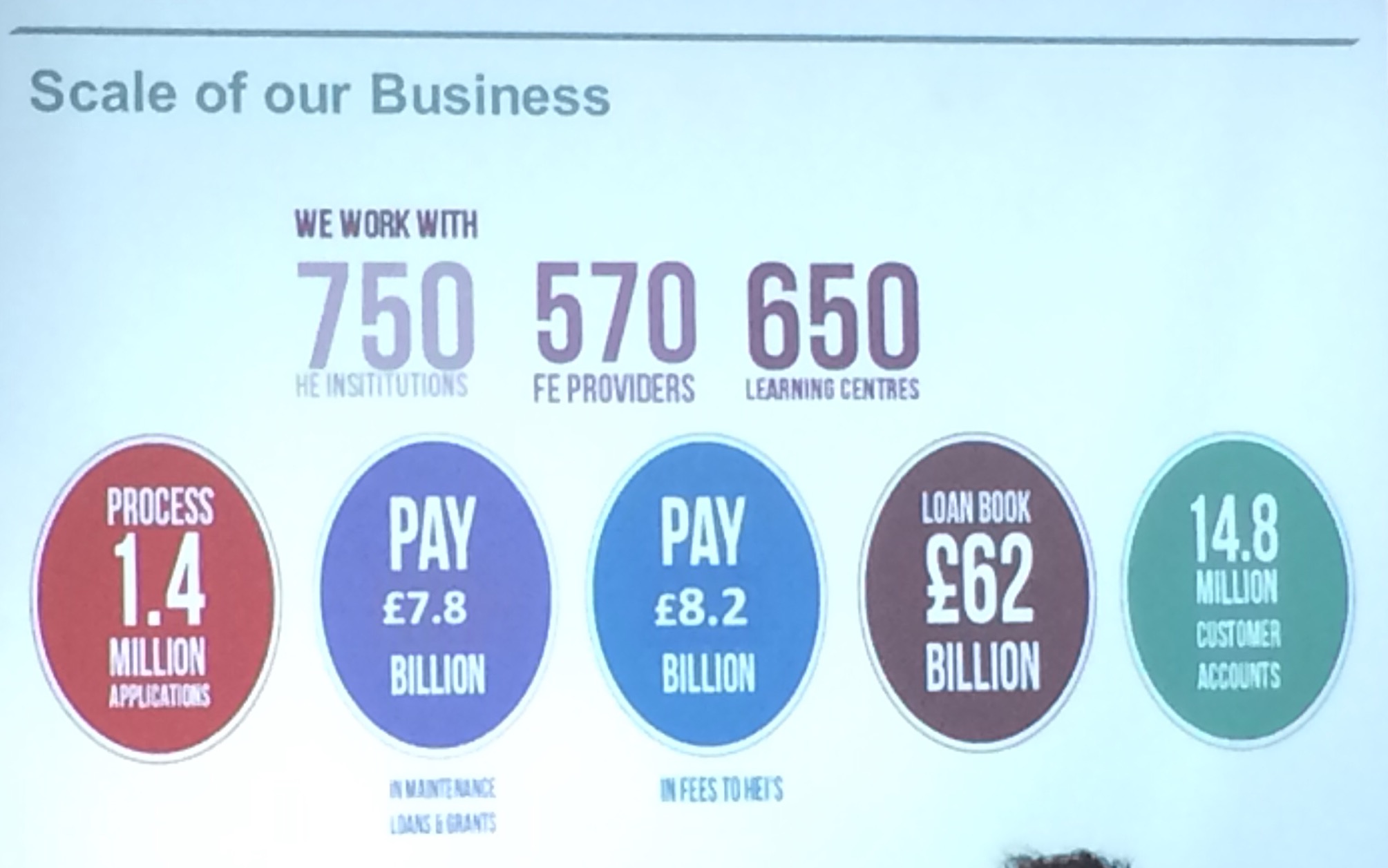 SLC serves UK Providers with Alternate (non-publically funded) providers the subject of a review. 60K learners in the Further Education sector eligible for loans before they consider Higher Education. SLC capture data about the service they offer (time to resolve queries, cost per transaction etc.) Collections include course information (UCAS / HESA do this too and could be a beneficiary of the Exchanging Course Related Information (XCRI CAP) Jisc initiative), chargeable fee rates, attendance (used to be linked to UK Borders I think), attendance and withdrawal and more.

Prospective student applications are collected and assessed – who had applied, when, what for and aggregated to give a view of student having applied for finance for a course.

Every SLC payment is dependent on attendance with the onus on the provider (institutions) to inform SLC of cessation of study with conformation of attendance a confirmation of fee accuracy. This results in significant peaks of attendance declarations (peaking at over 120K in a day). SLC therefore have national data on withdrawals with SLC data showing a decline in withdrawals year on year. 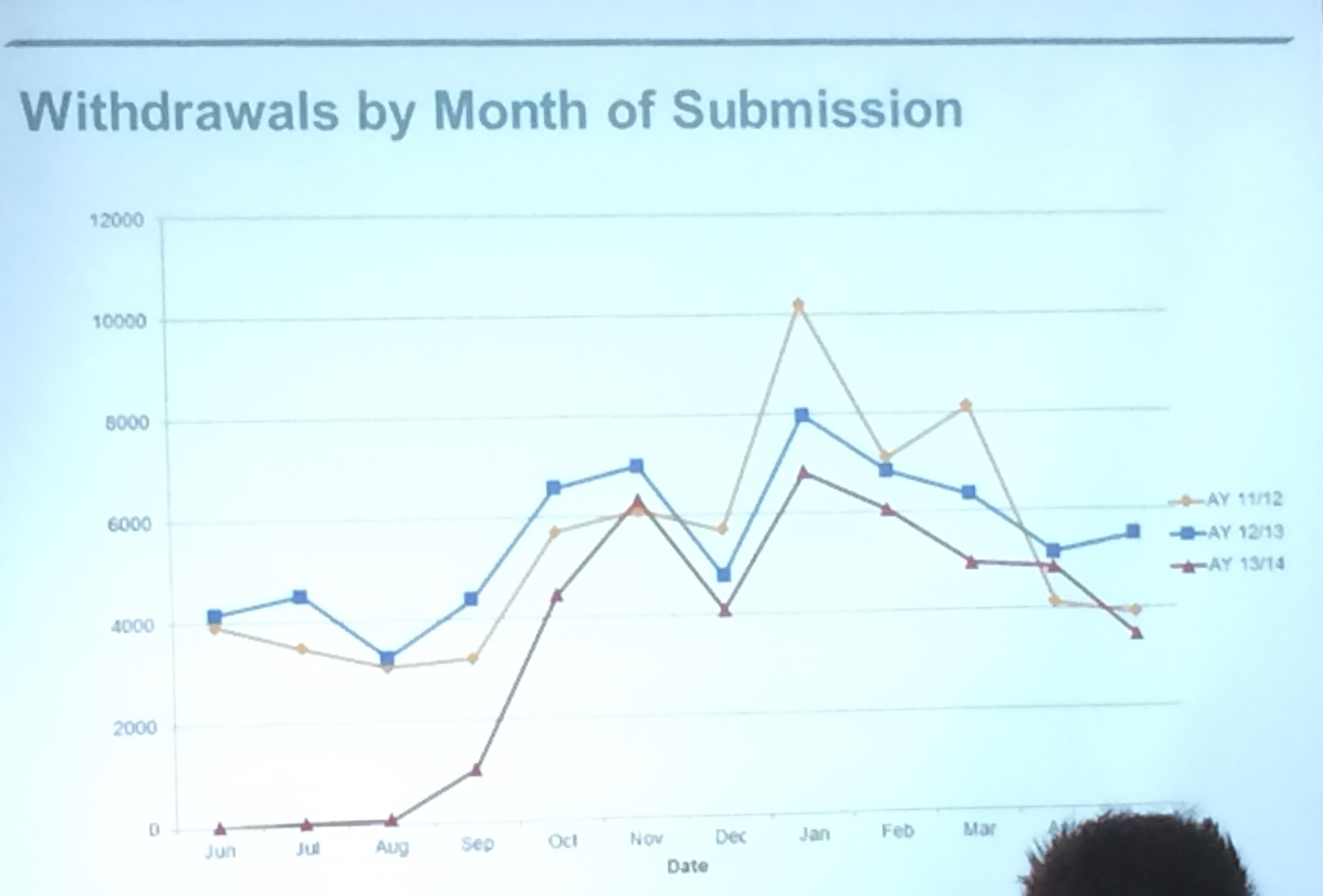 This data is provided to SLC account managers to share with their client Institutions (in a closed way, no benchmarking).

The latter seems potentially very interesting. As students become liable to pay back their loan, SLC knows (via HMRC) employment details of the graduate / Alumnus. This seems very interesting as Higher Education providers seek to enhance and demonstrate graduate employability and career impact as well as impact on earnings. Yet SLC holds no detail of employer, whether the borrower graduated or not and has no right to capture data after the loan is repaid;

Seems this could be a candidate area for the HESA & Jisc BI Service. Yet……

SLC makes some data publicly available via gov.uk bt currently on application rates, a HE provider breakdown of payments for 12/13 and routine arrangements and agreements for anonymised / aggregated data by external parties – HESA, HEFCE, HEFCW, OFFA, manhunts by repayment status, average repayments, average balance per borrower each year into repayment. Also special projects – Human capital research project by Prof Shepard and Vignoles got an agreement with HMRC data lab and has taken SLC data and earnings from HMRC. So there’s a precedent to release some data for public use but via HMRC not SLC. Government and Administration have some access to student finance applications, payments and an annual statement on debt and repayments is made to BIS.

Rather than HEIs approaching HMRC separately, SLC suggested that linking SLC with HMRC data would seem a potential way forward but may require BIS and DfE coordination. A potential opportunity for the HESA/Jisc BI project? Noting that SLC are on the Advisory Panel for the HEDIIP programme, as are Jisc, as I think are HESA.